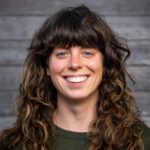 Freetrail Editor-in-Chief and co-host of the Trail Society podcast.

During the early morning hours of September 17th Rich Lockwood crossed the finish line to little fanfare to win the 2022 edition of the Run Rabbit Run 100-mile race. Friend of Freetrail, Mike McMonagle, was in Steamboat Springs, Colorado taking photos of the event and I immediately sent him a text, “The People’s Champion!!!” in a big way this win seemed to mark a breakout year for Lockwood, a Seattle based trail runner.

When I heard we were releasing a short film today, shot by Ryan Thrower, featuring Rich running around the trails of Tiger Mountain I knew we had to ask him a few questions about 2022 and beyond.

FT: While you’ve been exploring the world around you on foot for a while – when did you catch the trail running bug?

RL: I started trail running in 2017, I was 30 years old and just starting a new career in radiology at Harborview Medical Center – but it really was like catching a bug! I had been running one road marathon each year, for about four years. But as soon I ran my first 50-kilometer trail race I was hooked and began running four ultras per year and having so many amazing long running mountain adventure days with friends.

FT: The Pacific Northwest is home for you, and always has been, what is so special about running in the Cascade Mountains?

RL: I think that the Cascades hold so many amazing qualities. The best thing is the wild diversity of terrain you can experience during a run. Even on a 15-20 mile run you could begin your day along a ripping river in a lush rainforest, then up into sub-alpine meadows of wildflowers, and finally push to a snowy volcanic summit!! It’s also great to be able to run high quality vert-packed trails year round. We do get snow, but it’s never too substantial or long lasting in the foothills. I also love that the Cascades really make you work for it, whether that means a few hours of climbing through dense forest without views, or bushwhacking through devils club and slide alder, you’ll always be rewarded by the most epic views.
And we can’t forget to show some love to the Olympics too!! Very similar to the cascades, but with an old school charm that feels so very isolated and rugged. Plenty of “way trails” and overgrown adventuring in the olympic range, and more mountain goats, elk, and black bears than people. I grew up on the Olympic Peninsula, so it holds an especially fond place in my heart for mountain exploring.

FT: You’ve had a pretty amazing running season this year with a win at Run Rabbit Run 100 mile and now finishing second just recently at Doi Inthanon by UTMB Cliffs 100-kilometer. Is there anything you attribute breaking through to in 2022?

RL: Thanks!! I would attribute a lot of my success this season to working with Jason Schlarb at the helm of my training program. Coming from a rock climbing and hiking background, I had no clue how to build training “blocks” or what workouts even looked like. I’ve learned a ton this season, both on the physical and mental side of training and prepping for big races. I also think that I finally fully believed in myself this season. I signed up for competitive races and really went all-in every time I toed the line.

FT: While it might be ski season now, running is still fresh in the mind, what does 2023 hold for you?

RL: Yes! I’m so ready to kick off the running shoes and smash my feet into ski boots for a while. It’s so fun to experience the mountains via a totally different modality during a totally different season.
With my crazy work schedule I have to request all of my time off about a year in advance, so I’ve already got things pretty well lined up…I think! The plan right now is to make a solid effort on getting speedy this coming season! I think I’ll race a local half marathon or 25k trail race in March, put a big effort in at Lake Sonoma 50 mile in hopes of making the world champs team, maybe Speedgoat 50k in July, and finally CCC (at UTMB) as my A-race in late August!!!
I’m also noodling on a possible UTCT 100k in November…but unsure if I’ll have enough vacation time from work to make the trip out.

FT: For those who are just finding trail running, what’s your one piece of advice as they take a leap into a new sport?

RL: I have two pieces of advice. My first piece of advice would be to have fun!! The experiences you will have and the friendships you will make in trail running are some of the most awesome and absolutely joyful in the world! Don’t fret about the specifics of training, embrace the beauty in the pain of working hard and playing in the mountains. Chat with runners, hikers, bikers, and climbers out on the trails. The outdoor community is so fun and helpful, you’ll quickly meet plenty of running partners! My second piece of advice is to take it slow – both in your pace while running on trails, and with mileage during a single effort and weekly volume. I know this isn’t the most exciting answer, but I feel like it’s easy to get super excited about trail running and really overdo it. This can lead to overuse injuries, and just general fatigue that won’t help you at all in the long term. Also, technical trail running can be pretty dangerous, especially for your ankles. So take the time to do strength training for all of your stabilizing and supporting muscles. Trail runners will really benefit from being strong all around athletes!

Making it: If at First You Don’t Succeed