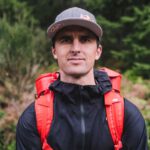 The competitive trail racing season is not yet over. This weekend, we’ll be entertained with the running of three classic European events that each have rich tradition and significance in the global trail community. I’ve been lucky to participate in two out of three races in my career and have been a decade-long spectator of the other. What follows is a quick preview of the events along with some personal commentary on what makes these races special, going from longest to shortest.

The legendary Grand Raid celebrates its 30th anniversary in 2022. This 160-kilometer traverse of Reunion Island – a tiny Island 500 miles off the coast of Madagascar – is one of the truly spectacular races in the world. I completed the event in 2021 in what was one of the most challenging efforts of my career. My suffering was captured, perhaps comprehensively, by Ryan Thrower in a Freetrail film called Begin Again. Give it a watch if you want to laugh at my misery; but be careful, if you’re like Courtney Dauwalter it might convince you to join the 2023 edition of the race

While extremely remote, Reunion Island boasts a population of 800,000 people. And the biggest sporting event of the year happens to be a trail ultramarathon – the mythical Grand Raid.

The women’s race is the duel we’ve been waiting for between American champions Courtney Dauwalter and Sabrina Stanley. Sabrina’s experience here, a victory in 2019, will be valuable but Courtney is a generational talent who is impossible to bet against. They could both finish in the top-10 overall.

The Templiers race is one of the true gems in the French trail running calendar. I did the race in 2016, and like my 2021 running of the Grand Raid, I had an amazing time even though I didn’t race to my expectations. I’ve long made the analogy that Templiers is the French equivalent to TNF50 (RIP) – a championship-level season ending race with great prize money. It’s my opinion that this is one of the best races in the world, and underrated from an American perspective.

Two-time champion Frenchman, Sebastien Spehler does battle with American icon and recent French resident Jim Walmsley. Last time these two raced, Jim came out the victor at the 2021 Ultra Trail Cape Town. If both are in good form, Sebastien could challenge Jim, but I’d expect a similar result.

Ruth Croft is also a two-time champion here – a race that seems dead on in her wheelhouse. Having not raced since her victory at Western States, Ruth should be shred ready, and mimics how she came into the race last year. Though Ruth is the clear favorite, 2021 Lavaredo champion and UTMB runner up, Camille Bruyas could put the pressure on the Kiwi. Behind these established stars of the sport, there’s a laundry list of less experienced, up and coming athletes who’d love to use Templiers as their breakout race.

Traditionally one of the most important races in Europe, Transvulcania has not been contested since May of 2019. After the COVID cancellation in 2020, a volcanic eruption on the island thwarted the 2021 edition. Now the race returns for its first October edition, welcomed back by a local community that loves the sport and lives for this annual celebration of sporting culture.

Located on La Palma in the Spanish Canary Islands, this course is known for its variable terrain and climate – from sand, to forests, to volcanic cirques, and a notoriously long, technical, cobblestoned descent to the finish. It’s a true test for middle distance ultrarunners.

American Abby Hall comes in as a clear favorite here as she looks to extend her hot streak of international podiums from Transgrancanaria and CCC this season. Abby is quickly emerging as one of the world’s best, so I’m sure she’s eager for a victory here. Fellow Adidas TERREX athletes, Taylor Nowlin and Yngvild Kaspersen will look to challenge their teammate.

In the men’s race, young Petter Engdahl will look to hold off the ageless Miguel Heras. At 47 years old, nearly 20 years Petter’s senior, Miguel is fresh off a very impressive victory at Ultra Pirineu. A previous podium finisher at Transvulcania, the Swede Petter Engdahl is looking to build off the momentum of his course record performance at CCC just two months ago – easily the biggest result of his career.

Transvulcania is one of the seven events in the UTMB World Series that has a dedicated live broadcast for 2022. You can follow along in English (with Corrine), Spanish, or French at UTMB Live or on the corresponding youtube channels.

Be sure to submit your fantasy picks for each race for a chance to win some Freetrail swag and a free membership to Freetrail Pro.

It’s going to be a fun weekend!