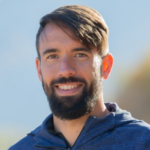 Saturday at the World Mountain and Trail Running Championships was a double feature with both the 80-kilometer (49 mile) and 40-kilometer (25 mile) races taking place over steep trails and under jungle canopy in Chiang Mai, Thailand. Turning first the shorter race of the day the athletes not only had the elements to face, the 40-kilometer race had 2,425 meters (8,000 feet) of climbing packed into it. While the course contained two major climbs, in speaking with Max King ahead of race day, those weren’t the two hills he was most concerned about, “There are two little kicker climbs that mix up the ‘downhill finish’ that I think some people will really struggle on if they are affected by the heat or go too hard on the first climb.” While the medals were not decided on the final section it is where significant gaps opened up in the field.

The theme amongst the individual podium seems to be disbelief, with both winners, while both decorated athletes, shocking themselves to come away with gold medals this weekend. On the women’s side skyrunning and rising stars ascended to the top. Romania’s Denisa Dragomir took the win 3:49:23 chased by two up and coming trail and sky running athletes, Barbora Macurová of the Czech Republic and Emilia Brangefält of Sweden. The freshly minted 23 year old, Barbora, spent the summer on the U23 podium at skyrunning championship events took 2nd in the senior women’s competition in 3:51:22. In third was the youngest runner in the field, at just 20 years old Emilia had hoped to gain experience at worlds this year and is instead walking away with hardware in hand. In the men’s race Norway’s Stian Hovind Angermund took the top step on the podium in 3:08:29. While we know Stian from winning the golden trail series in 2018 and 2021 and winning the 2019 edition of OCC – after becoming a father last year Stian’s had a quieter 2022. After Saturday’s performance it’s safe to say Stian Angermund is still at the front of the trail pack. Coming in 2nd and coming into form after being waylaid earlier this season with a broken elbow was Italy’s Francesco Puppi in 3:11:47. While I don’t think this is the season Puppi envisioned for himself, leaving Thailand with a silver medal has to feel good. Rounding out the men’s podium in 3:13:05 was UK/Great Britain’s Jonathan Albon, the phenomenally talented OCR crossover athlete has rocketed onto the trail season over the last two seasons. Unlike in the uphill/vertical mountain race that was scored based on the individual athlete’s finishing place (like a cross country meet) in the short and long distance trail races the team with the lowest accumulative time (of the top three athletes per team) wins. In the team competition Spain took the top step in the women’s race with Team USA coming in 2nd, and the UK in third. In the men’s competition Italy took home the team gold, followed by France in 2nd and the UK again in third. The Men’s US team ultimately finish 6th led by Max King who finished 4th after battling for a podium position all day. You can find complete results here.

In the women’s 80-kilometer race, a cat and mouse game played out for much of the day between early pace setter Ida Nilsson, and reigning world champion, Blandine L’Hirondel. Coming off a record setting performance at the 2022 edition of CCC, Blandine came in as the race favorite but was expected to face challenges from a deep women’s field. Unfazed, it was a double gold medal day for Blandine as she won the women’s race in 8:22:14 and the french women secured the team gold with Audrey Tanguy and Marion Delespierre tying for 6th in 8:51:57. (Again if you need a good cry the French team’s finish line celebrations are why this sport is so darn cool.) While Ida Nilsson is no stranger to the international podium she’s had to overcome a major foot injury and hadn’t completed an ultra since 2018 before this performance. Ida’s early aggressive race strategy ultimately put her in 2nd place position at the finish line in 8:34:59. Spain’s Gemma Arenas moved solidly into podium position roughly halfway through the race and held it for the remainder of the day taking home the bronze medal in 8:46:27. In the men’s race Adam Peterman added another win to a growing list of incredible performances in what is just the very start of his ultra running career. Despite this being Peterman’s first ultra away from American soil he remains undefeated notching his 6th ultramarathon win in a row. In a calculated race effort the men’s lead pack stuck together early, but check point by check point Peterman pulled away steadily from the rest of the field opening up a 13-minute margin of victory – finishing in first position in 7:15:53. Behind him a battle for the podium played out between runners from France, Italy, and Spain – with the Spanish runners Artiz Egea and Jose Angel Fernandez pushing the pace on the early descents. At the end of the day Nicolas (Nico) Martin or France came out at the front of the chase finishing second in 7:28:44, followed by Andreas Reiterer of Italy in 7:36:50 good for third. In the team race the US men came out on top with a combined time of 23:06:27, beating out France by only 6 minutes – with Spain finishing third. The gold medal men’s team was made up of Adam Peterman (1st), Eric LaPuma (7th), Jeff Colt (16th), and Adam Merry (53rd). Full results can be found here. Two more races on Sunday will close out the competitions in Thailand for this edition of the WMTRC – the U20 race and the Classic Uphill & Downhill senior race.