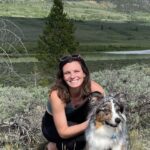 Patrick Gallagher is a 47 year-old high school English teacher with an affinity for running ultra-marathons. He was well known in Gainesville, Florida – an actual local legend. He was that guy, subjecting himself to countless sufferfests including Big’s Backyard, Western States, and 5 back-to-back (to back…to back…to back) finishes at the Barkley Fall Classic. I was intimidated by Patrick when I first met him. He wasn’t especially tall, but his presence filled a room. He reminded me of a World War II sailor; his extremities covered in American Traditional style tattoos, seemingly symbolic of his masochistic tendencies. Slight wrinkles carved into his face; I would watch them grow deep then shallow again while he expressively recounted one of his many adventures.

In my mind, Patrick belonged to the “good ol’ days” era of ultrarunning. After moving to Paraguay in 2000 to teach English, he befriended Rich – a Caballo Blanco-esque figure who thrived running ultra-distances through the jungle. Rich convinced Patrick to run his first marathon in Paraguay, which he described as an especially unique experience.

“There was no traffic control, so half the time I was dodging buses in the streets,” Patrick recalled when I spoke to him last. “The aid stations gave us water in plastic bags that we had to bite to rip open.”

I laughed at the absurdity of such a sight, and the purity. For Patrick, running was never about fitness, weekly volume, or results, but a way to explore. He grew up as an “outside kid.” His parents weren’t around much, and young Patrick was frequently left to his own devices, finding comfort by wandering deep into the woods. As a teen, he was a self-proclaimed “rebellious, long-haired degenerate,” fueled by spite. He still ran, just more often from the police than on a track or trail. Only until Paraguay did Patrick find a community of like-minded running misfits joining the Hash House Harriers.

While the Hash House Harriers is a well-established, global network of non-competitive running groups, it was here with a small group of expats that Patrick found a sense of home. Members were given tongue-in-cheek Hash names as a badge of honor – most of which are too vulgar for print, but let’s just say the names were very sexy indeed. This was a group where the fastest person was made fun of the most, and where members gathered together to sing idiotic songs and drink beer from their running shoes.

After seven years in Paraguay, Patrick eventually returned to Gainesville. However, with young children to care for, running took a backseat. Most of us can relate. The habitual practice of running is sometimes the first to go when direct responsibilities take center stage. Fortunately, it’s usually they’re waiting for us to return. After 3 years, Patrick rekindled his relationship with running, initially just wanting to get back into shape. Gradually, his runs became longer and his Gainesville network grew. Looking for a way to share his experience and expertise with others, he became a running coach at a local Fit2Run, and eventually formed his own coaching business, Two Rules Running. The rules?

And he made sure his runners looked good. At events, they wore their sleek, red and white dry-fit shirts with pride – the front logo, of course, designed in American Traditional style, which seemed to perfectly echo Patrick and his athletes: classic and bold. They were an eclectic bunch. Post doctoral students, hairdressers, freaking fast 50+ year olds, and sub 3-hour road marathoners – all were welcome. One of my favorites was a wildlife biologist who routinely pointed out various species of birds and insects, occasionally stepping on alligators in the process while trudging through the Gainesville swamps – accidentally of course. While Two Rules Running comprised a core group of paying athletes, its ethos spread much wider. With immense local support, Patrick organized Gainesville’s first sanctioned 50-kilometer race, Gate2Gate, as well as a popular Monday night run at the local brewery, Cypress and Grove. It was here that my husband, Nick, and I first met Patrick and his band of misfits.

The route was a simple four mile lollipop around Depot Park. I remember liking the route because I knew I could turn around at any point and find my way back easily. This was especially important as I was one of the slower runners and frequently found myself running alone in the back of the pack most weeks. Eventually, my fitness increased and I was able to start keeping up with the main group. One night, I started running alongside Patrick. He was injured at the time, but was there biking with us. In order to keep up the conversation, I had to run slightly faster than my comfort zone, and I think he knew this. Although I loved talking with him, I started to feel anxious, hoping he would just bike away so I could return to my regular pace. But he held strong, so I settled into a new rhythm and tried to calm my breathing. When we finally returned to Cypress and Grove, I looked down at my watch. I had run at an 8:00 min/mile pace! I never thought I could hold that for any extended period of time. Patrick smiled as I gave him a high-five, and my confidence soared. I was grateful that he stayed and biked with me. Maybe it wasn’t intentional, but I think that was the sneaky coach in him.

When bigger mountains called us out West three years later, I was nervous we wouldn’t be able to find a group quite like Two Rules. Its members had grown into our biggest supporters and dear friends. I knew there were other run clubs out there, but I was skeptical that another group would have the same soul – until we found the Flying Irish.

While the club initially began in Spokane, Washington, member Jon Hansen founded a Salt Lake City chapter of the Flying Irish when he moved back home. On paper Jon couldn’t be more opposite from Patrick. While Patrick was more likely to be found frolicking through the woods and having a deep conversation with a stranger about Kurt Vonnegut, Jon was instead found analyzing his splits on Strava or perfecting his plyometric program. On the surface he seemed…smooth. He touted a waxed and toned upper body running without a shirt on even in the coldest of winter days. As a 30-something year old Certified Public Accountant and Internal Audit Manager, Jon founded this new chapter when he saw an opportunity to bring a brewery run to Salt Lake City.

To say I was intimidated on our first day with the group was an understatement. I overheard chattering of individuals recounting their various mountain adventures.

I’m training for a 100 miler.
I just completed the WURL.
I ran here from my house ten miles away.

Back in Florida, I thought it was a big deal that Nick and I ran at all, let alone were even familiar with the trail and ultrarunning scene. This group seemed like they were in a different league. One of fourteen routes were posted online the day prior, but they rotated each week and only included one out and back. If Nick hadn’t run alongside me that first day, I would have gotten lost for sure. I didn’t even feel that out of shape, yet I was the last runner by quite a large margin. No, this was definitely not Patrick’s club, I thought indignantly. Despite my hesitation, Nick and I were motivated to make friends, and continued to return week after week. Slowly, I began to converse with others over a couple beers afterwards. Most had moved to Salt Lake City from out of town and felt a similar call to live a more outdoor-focused life. They were funny, socially-awkward, intelligent and quirky. When one of the regular members’ significant other asked her if she realized that all of her Flying Irish friends were “kinda weird”, she smiled broadly and laughed, “Yes! And they’re the best!”

I came to notice that Two Rules Running and the Flying Irish were cut from the same cloth, despite their leaders being from opposite ends of the spectrum. Both Patrick and Jon created spaces where people could be themselves and find purpose.

“Running by yourself can bring a Spartan satisfaction, but there’s a lot more soul running in groups,” Patrick said. “The more plugged in you are, the more you get out of it.”

I couldn’t agree more. Over the past two and a half years of living in Salt Lake City, the runners of the Flying Irish have become our closest friends. They’ve shown me how to be gritty in the mountains, to run a beer mile in heels, and to make the best of a bad situation (i.e. running in the Salt Lake Valley during the middle of summer). They’ve given me support and encouragement when I’ve doubted myself and my abilities. They have taught me that it’s okay to be weird.

No matter how popular running (and more specifically trail running) gets, run clubs and their communities will always be the foundation. Nearly all races from the Boston Marathon to Gorge Waterfalls to Patrick’s Gate2Gate were born from a group of individuals passionate about bringing people together through running. Without the friendships, silliness, and of course a post-run beer, why else would we subject ourselves to the brutal nature of this sport?

I am reminded of a film by Elina Osbourne where she documents her journey along the Pacific Crest Trail. She mentions an old Maori proverb asking, “What is the most important thing in the world?”